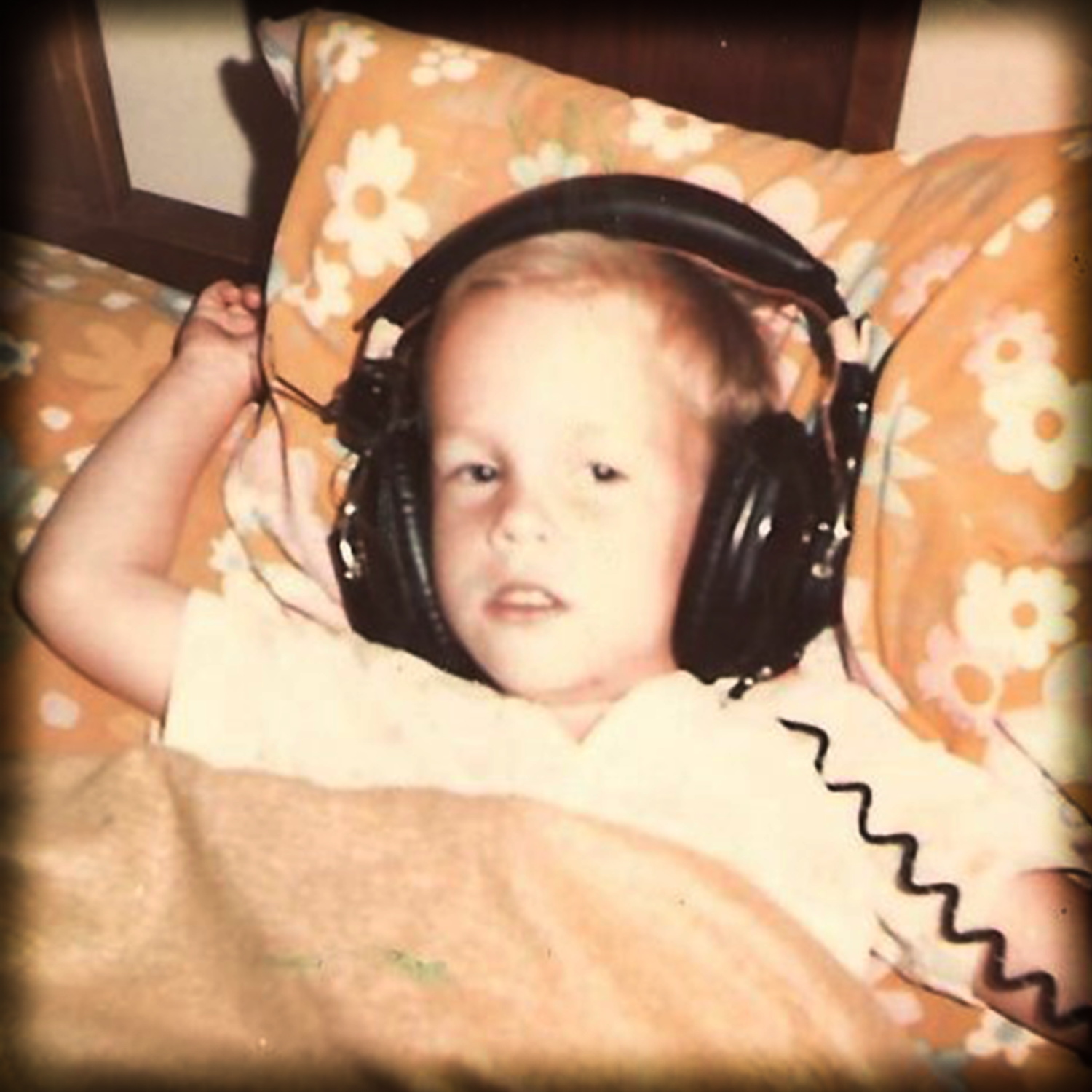 “Beautiful and Bright” is now available everywhere for the Holiday Season of 2018-2019.

From the woods near Lake Michigan, the ever-acroamatic Brad Peterson writes and records in a hand-constructed garden shed studio. In a few Google-minutes, one may learn Brad’s curious history of shared stages with Jeff Buckley and Radiohead, his injury that left him partially paralyzed, and the rousing comeback from a forced retirement.

Just a few months after the release of “The Ellipsis Album”, which has garnered millions of views and streams, adds to hundreds of radio stations, and favorable reviews, comes a new record: “the unknown album” available worldwide on all platforms.

“The Ellipsis Album” is available on Amazon, Apple Music, and Spotify.

Who’s this Brad Peterson, when he’s at home?

Brad Peterson is an indie-pop singer-songwriter from a wooded area near Lake Michigan north of Chicago. There, he built a little back-yard garden shed – where he writes and records his songs. He has shared stages with Jeff Buckley and Radiohead, but stopped making music after a spinal injury left him unable to record or perform for several years.

All work is written, recorded, and produced solely by Brad in his garden shed.

Brad Peterson is an indie-pop singer-songwriter from a wooded area near Lake Michigan north of Chicago, where he built a little back-yard garden shed – effectively a music-making laboratory where he writes and records his songs.  “I created the hideout I’d always dreamed of having when I was a kid – but this time around as an acoustically-conducive workspace. It took months to build, working most every day with many dozens of trips to the lumber yard. On the walls and in cases are dozens of instruments of all sorts: strings, woodwinds, brass, keys, percussion; I also have an electronics lab for modifying circuits. I get an idea before my first sip of coffee, and by the time I go to bed, there’s a brand new song.”

Brad has shared stages with Jeff Buckley and Radiohead, but stopped making music after a spinal injury left him partially paralyzed and unable to record or perform for several years.  “It became a struggle to brush my teeth and get dressed, so playing guitar wasn’t really on my list of priorities at that point.  I withdrew into isolation, and it was an arduous journey back – but things are better now than ever. I think the songs have evolved with the pain – so I suppose, in a way, it was a gift.  With the help of skilled doctors, long months of rehabilitation, and painful hard work, I’m back to physical – and musical – health with ‘The Ellipsis Album.’ The idea for the record occurred to me on a hazy-pale morning out by the shed.  The air was perfumed with fresh-ground coffee and I saw beams of sunlight through tall pines slowly shifting like from a blurry dream. A sense of calm came over me like a murmur of hushed ambient sounds. From my dust-covered speakers came a warm tone seeming to reveal long-kept secrets and childhood memories of a smile of a familiar face. Attempting to describe it any further would be superfluous, so I’ll just let the music on ‘the ellipsis album’ speak for itself.”

This is the first record Brad has completely produced himself – from writing, to playing all the instruments, engineering and mastering: “I didn’t deliberately set out to perform everything myself – it was just the natural result of eliminating the sometimes tiresome steps involved in having other musicians learn and play my ideas.  That streamlined process allows me to do it all with a less cumbersome – literal DIY approach.”

Brad Peterson releases "Dead to Rights" Another New Single for Spring, 2019 copy the soundcloud embed code below for use in your publication: more [...]

Somewhere in the Middle of Nowhere

Brad Peterson releases "Somewhere in the Middle of Nowhere copy the soundcloud embed code below for use in your publication: more player options available [...]

Tilting at Windmill - a song by Brad Peterson

Brad Peterson releases "Beautiful and Bright" Holiday Song For the Winter of 2018-2019 copy the soundcloud embed code below for use in your publication: [...]

Brad Peterson releases "Christmas With You" 10th Anniversary Re-Mix Holiday Song For the Winter of 2018-2019 copy the soundcloud embed code below for use in your publication: [...]

a friend like you – first song from the unknown album

a friend like you Inspired by Rushmore’s Dirk Calloway’s immortal line “With Friends Like You Who Needs Friends?” This song is a retrospective description of betrayal, gossip, and disappointment and how [...]

Brad Peterson is an indie-pop singer-songwriter from a wooded area near Lake Michigan north of Chicago. There, he built a little back-yard garden shed – where he writes and records his songs. He has shared [...]

written, performed, and produced by Brad Peterson Hands are the fundamental percussion instrument. Ala Chuck Berry to the Stones, to the Kinks, this song pretends to be little more than a song about good times. [...]

Brad Peterson earned huge successes back in the day, sharing the stage with the likes of Radiohead and Jeff Buckley. But, a spinal injury put a premature stop on his musical career…until now. He pushed through [...]

Crack and Boom | it was 51 years ago today

Many artists talk about ‘the album’ that changed their life; for me, it happened in the spring of 1971. My older brother and father were listening to music in the living room of our old [...]

what the open heart allows | a new song by brad peterson

what the open heart allows (2:32) written, performed, and produced by Brad Peterson This song was written and recorded in 2 days. The images had come to me in a dream (as is with [...]

Girls Just Want to Have Fun | a version by Brad Peterson

This was more enjoyable to arrange and record than should be admitted.... For Educational Use Only - Scene and Song Analysis: Production CREDITS: Arranged, and all instruments performed by Brad Peterson @ BPLabs March 26th, [...]

Often, I imagine myself in Great Britain for the early days of of the war. Late summer 1940 was unseasonably warm and recent Luftwaffe raids made it not so "phoney" anymore. The island being terrorized [...]

The Lesser Celandine | a song by Brad Peterson

Like the Lake District poets, I am inclined to frame seemingly mundane things in a romantic light. I remind myself that the miraculousness of love isn’t always a shout but may be better expressed as [...]

The Story of Santa Bill

It didn’t seem particularly extraordinary that late December evening at 528 Maple Lane. Members of my family were gearing up for Christmas. Our usual silliness and routines were  from my perspective as a nine-year old [...]

In November of 1993, I was a fresh-faced singer-songwriter -completing my first national tour in New York City. The final performance was to take place at the renowned CB’s Gallery. Road-weary and recovering from the [...]